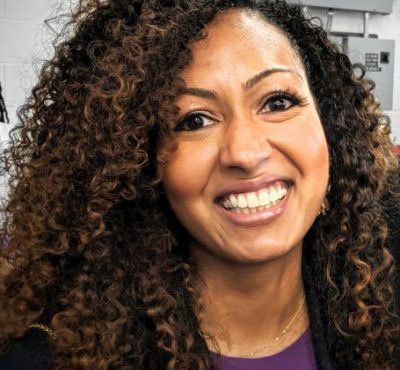 Tresha Ward is the Chief Executive Officer of Prospect Schools.

Tresha comes to Prospect Schools with nearly two decades of experience in education and a career underscored by an unwavering commitment to educational equity. A native of the Bronx, Tresha began her career as a Teach For America corps member in the Houston Independent School District. In 2010, she opened KIPP Legacy Preparatory School — an elementary school with an International Baccalaureate focus — and grew the school to serve 900 children. Tresha then served as the School Leader Development Director for the KIPP Foundation. In this role, she provided support to more than 200 of KIPP’s school leaders across the country, through the creation of leadership development programming, as an instructor for instructional leadership, and direct coaching.

After her time with the KIPP Foundation, Tresha returned to schools as Managing Director of Schools for KIPP NYC, where she focused on principal management and school turnaround. Most recently, Tresha served as Partner at Bellwether Education Partners, where she led the academic and program strategy team. In this role, Tresha’s work centered around building the capacity of school and executive-level network leaders through advising and executive coaching. She has a particular passion for supporting leaders of color to sustain in their roles. 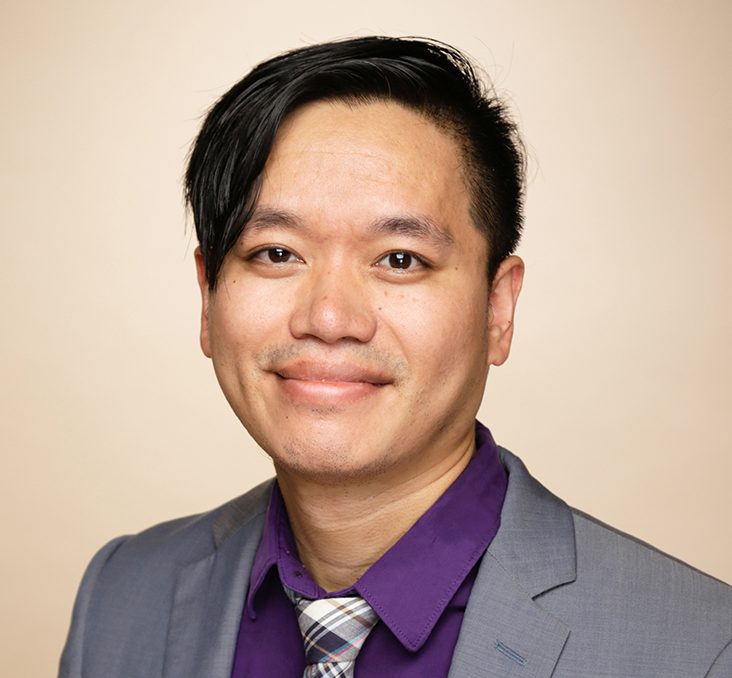 Jonathan McIntosh is the Chief Academic Officer of Prospect Schools.

Prior to joining Prospect Schools, Jonathan was the Founding Middle School Director of Brooklyn Laboratory Charter School, a STEAM school emphasizing personalized learning in downtown Brooklyn and winner of the XQ Super Schools grant. He spent several years working with KIPP NYC in various capacities, including School Instructional Leader, Director of Student Support Services, Special Education Coordinator and Learning Specialist. Prior to his work with KIPP, Jonathan served as a School Ambassador Fellow at the Department of Education’s Office of Communication and Outreach for Secretary Arne Duncan. Before coming to New York as a Teach for America Corps member, he worked in both rural and urban Missouri, leading middle and high school programs in theater and debate. Jonathan spent his formative years in Southeast Asia, which profoundly shaped his desire to enter the education field and create spaces for agency and democratic deliberation for all.

Jonathan received a B.A. from Drury University in Missouri with a triple major in speech communication, theater, and public relations. He went on to complete an M.A. in Integrated Strategic Communication also at Drury. After moving to New York City, he earned an MS in Special Education at Bank Street College of Education, and his Ed.M. at Columbia University’s Teacher College in Organizational Leadership. Currently, he is a doctoral fellow at Johns Hopkins University, studying Urban Education Policy and Leadership.

When he’s not working, spending time with family, or studying, Jonathan enjoys trying bizarre foods and playing the guitar. 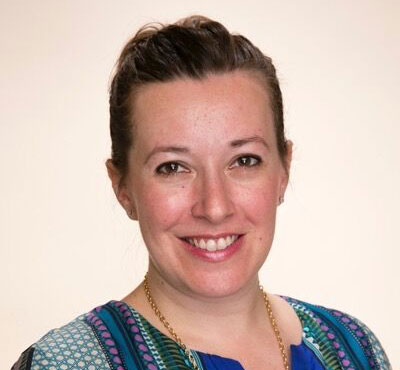 Hillary Prince is the Chief Financial Officer of Prospect Schools.

Joining the Brooklyn Prospect team in 2009, Ms. Prince has been honored to serve as a member of the founding team of the original middle school, as well as the Prospect Schools CMO. Leading both finance and operations for many years, she developed scalable systems and established the school’s strong early operational reputation, built a foundation of strong fiscal health for the organization, and has led several building projects and new school launches. Since taking on the role of Chief Financial Officer in 2018, Hillary has narrowed her focus to finance and is now responsible for managing a budget which, under her stewardship, has grown from $2 million to greater than $35 million. Additional core responsibilities include business operations, real estate, and capital projects, and long-term strategic planning.

Prior to building a career in K-12 education, Ms. Prince developed leadership skills and gained operational experience through her work in event management with Madison Square Garden. Deciding to follow a long-held interest in education – and in particular, in school integration, herself attending an urban magnet high school – Hillary completed a yearlong graduate internship at a globally-focused International Baccalaureate magnet school in CT before moving to Brooklyn in 2006. She went on to hone and apply her operational skills to the educational space, holding several roles with The Princeton Review, including Regional Director of Operations, where responsibilities included leading the implementation and national expansion of federally funded afterschool programming.

Ms. Prince earned a B.A. in English-Literature from Skidmore College, and an M.S. in Language Arts Education from the University of New Haven, and is currently enrolled in a nonprofit leadership certificate program at Harvard’s Kennedy School. Hillary left NYC in 2016 to build a home in the Hudson Valley with her husband and two young children. 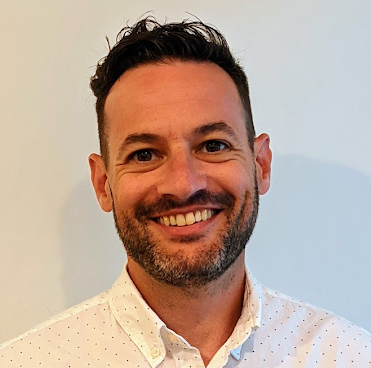 Yoni Samuel-Siegel has two decades of diverse experience in the field of education as a classroom teacher, non-profit leader, and charter school operational leader. Yoni began his career spending 10 years in the classroom as a Middle School Language Arts Teacher. During that time he took every opportunity to become more involved in his school community, including coaching basketball and track and founding a student peer leadership organization, and leading professional development sessions for fellow teachers in the region.

After leaving the classroom, Yoni transitioned to working in the education non-profit sector spending 5 years as Campus Director and Managing Director of Program with Citizen Schools in Houston, Texas. During his time as Managing Director, Citizen Schools launched two new sites of expanded learning-time programs at Houston ISD middle schools, bringing hundreds of volunteer professionals into classrooms to share their experiences and helping to narrow the opportunity gap for nearly double the students in the city.

Yoni then transitioned to leading charter school operations as the founding Associate Chief Operating Officer at Camden Prep, Uncommon Schools’ newest region, where he led all school and regional operations. During his time as ACOO, Camden Prep doubled its number of enrolled students and launched two new schools while opening a new building and substantially renovating another to ensure students in the City of Camden had the beautiful school facilities they deserve.  Most recently, Yoni served as Chief Operating Officer for BRICK Education Network, a Newark, NJ-based charter management organization.

Yoni holds a BS from Rutgers University in Administration of Justice and an M.Ed. in Educational Leadership from William Paterson University.

When he’s not working or spending time with his family, Yoni enjoys cooking, playing games, and crossfit. 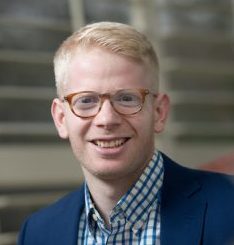 Paul is honored to serve as Prospect Schools’ Chief of Staff & Strategy. His career has focused on a simple – yet challenging – pursuit: creating the conditions for individuals to come together as part of a team and achieve more than they thought possible.

Paul began his career as a teacher, both in Germany (as part of a Fulbright Scholarship) and in New Orleans, where Paul was a Teach for America Corps Member. After teaching, Paul began working for the management consulting firm L.E.K. Consulting to hone his analytical and technical skills. After L.E.K., Paul joined the leadership team of Achievement First Crown Heights Middle School as a Director of School Operations. It was at this school where Paul’s passion for teams truly took root. As Director of School Operations, and later as Dean of Students, Paul led the team’s efforts to build a welcoming, inclusive, and inspiring team culture that allowed the team to achieve remarkable improvements in student outcomes. Seeking to expand this skillset, Paul transitioned to working at Bellwether Education Partners, a national non-profit that supports education organizations across the country. Most recently, Paul served as the Talent Chief of Staff at Achievement First where Paul has applied his passion for teamwork across a network of 41 schools. At Achievement First, Paul helped a network of 2,000+ teammates align around shared core values, define its vision for the future, and successfully navigate the COVID-19 pandemic.

Paul and his wife (Eve) live in Prospect Heights with their daughter (Lilia) and dog (Harvey). 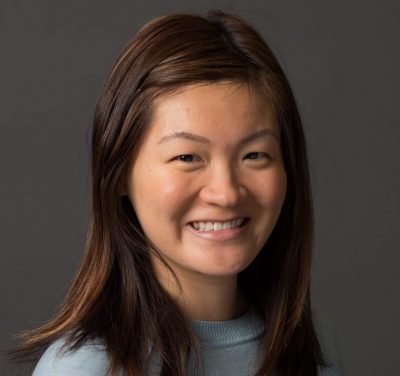 Lisa is the Interim Chief People Officer at Prospect Schools.

Lisa brings a decade of leadership experience in education to our team. Before joining Prospect Schools, she served as the Managing Director of Operations at Harlem Village Academies, a progressive PreK-12 charter network. In this role, Lisa led the management and development of the network operations team, student enrollment team, and the Directors of Operations at all six school campuses, serving over 1,600 students.

Prior to HVA, Lisa served as a Director of Operations Manager with Uncommon Schools, where she trained the Directors of Operations and Operations Fellows at three Uncommon middle schools to ensure operational excellence. She began her journey in education when she joined Teach For America in New York City and was placed in a traditional public school in the Bronx as a sixth grade ELA and history teacher. She also taught middle school at Achievement First and was an Assistant Principal at Success Academy.

Lisa received a B.A. from Cornell College with a triple major in politics, international relations, and women’s studies. She went on to complete her Master of Arts in Teaching from Relay Graduate School of Education.

During her free time, Lisa is an avid traveler, foodie, and is currently training for her first marathon! 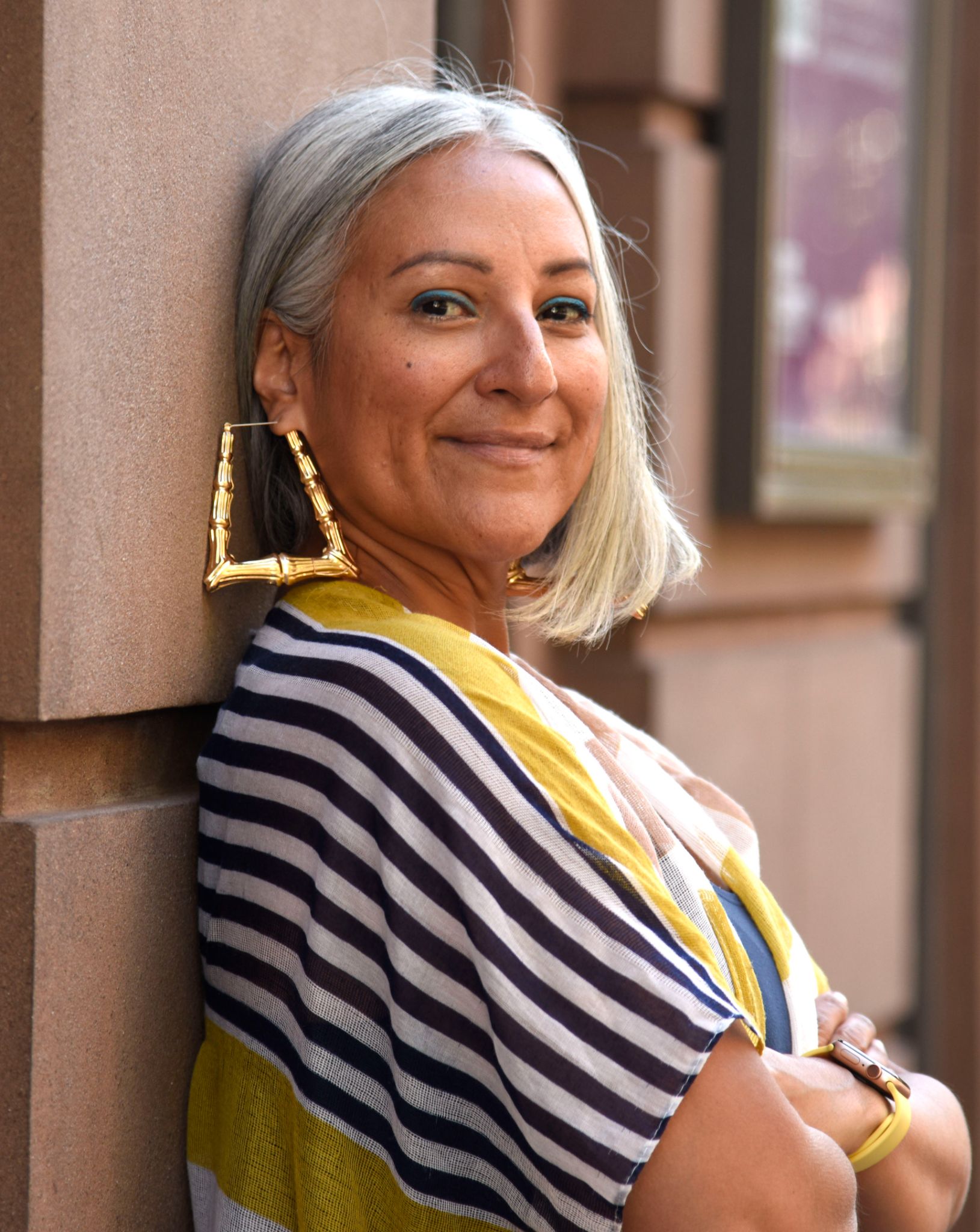 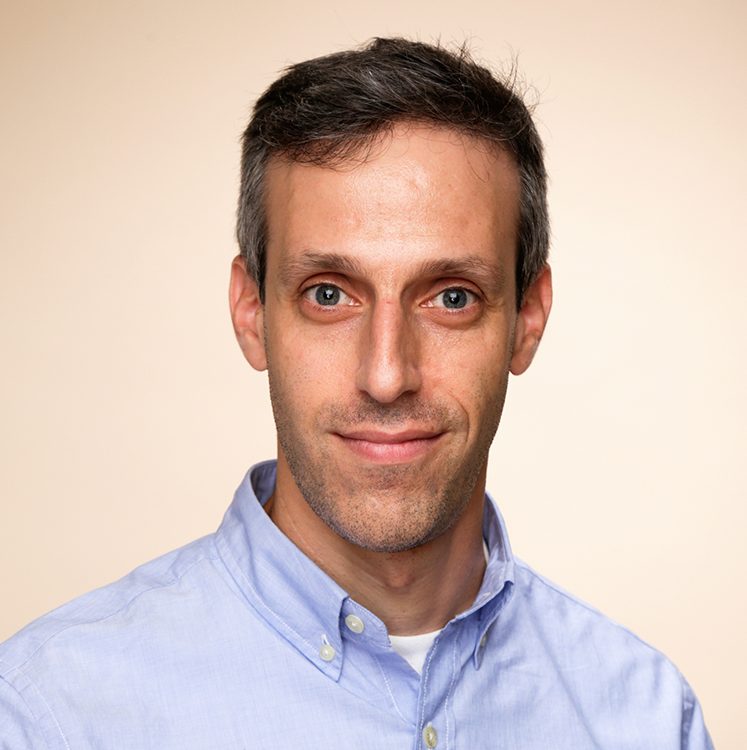 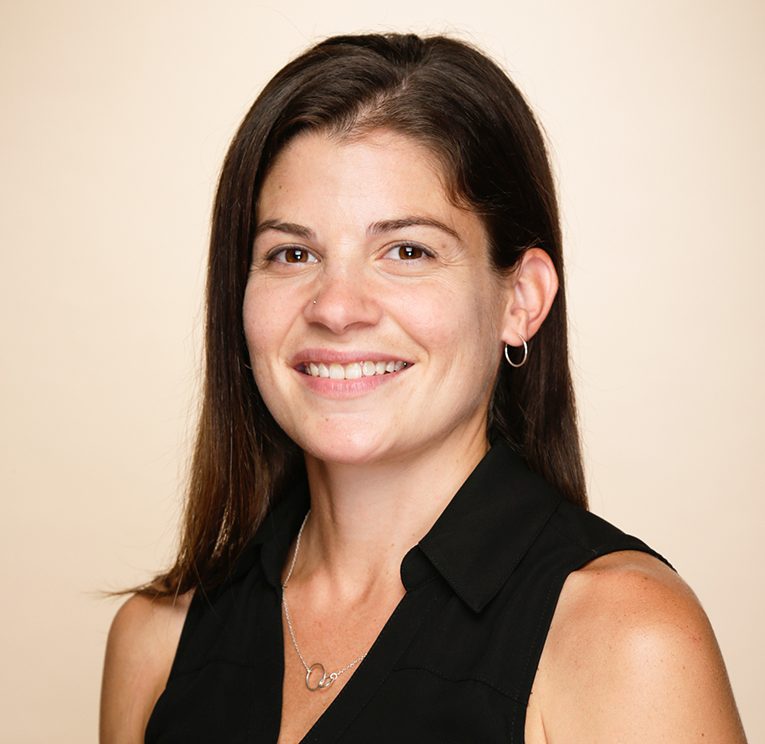 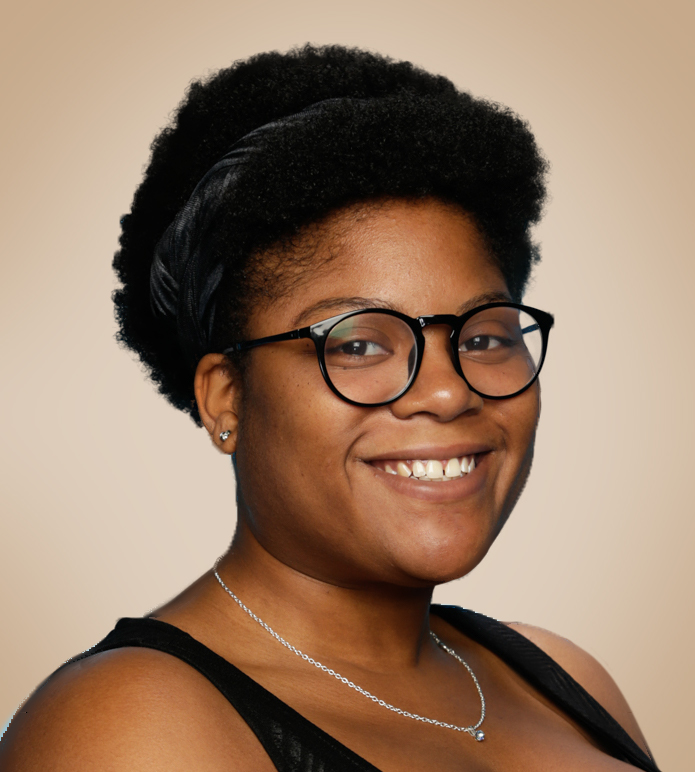 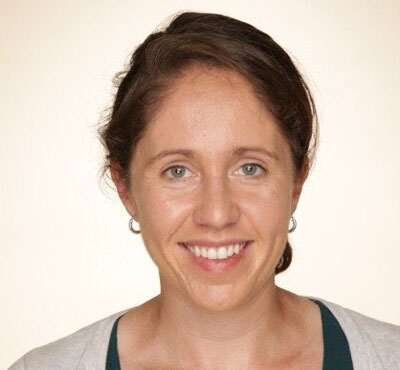 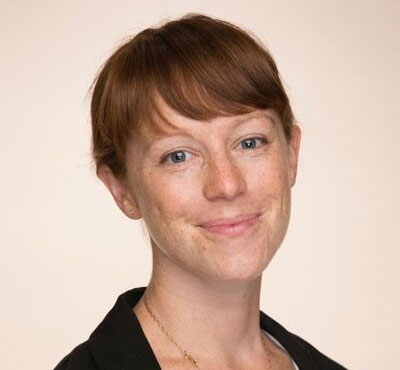 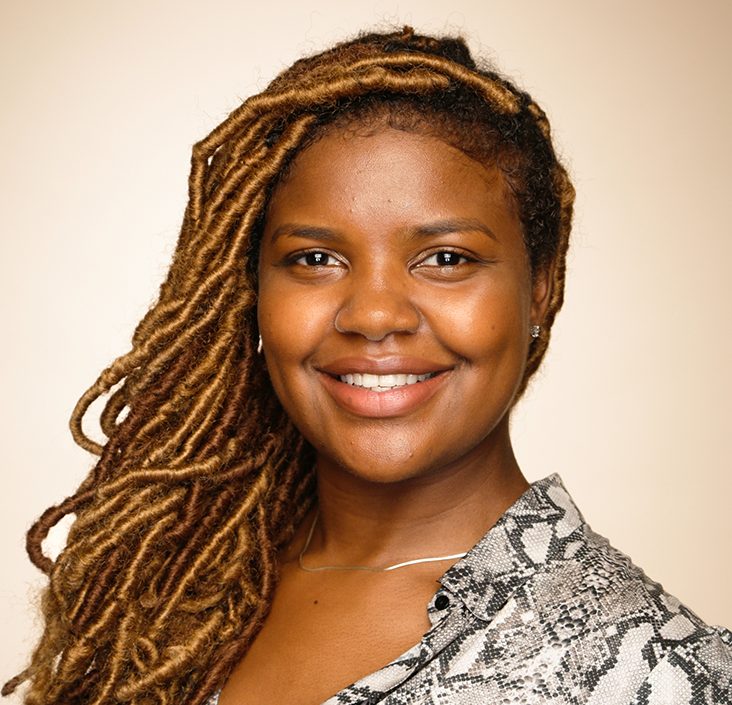 Director of Afterschool and Extended-Day Programming 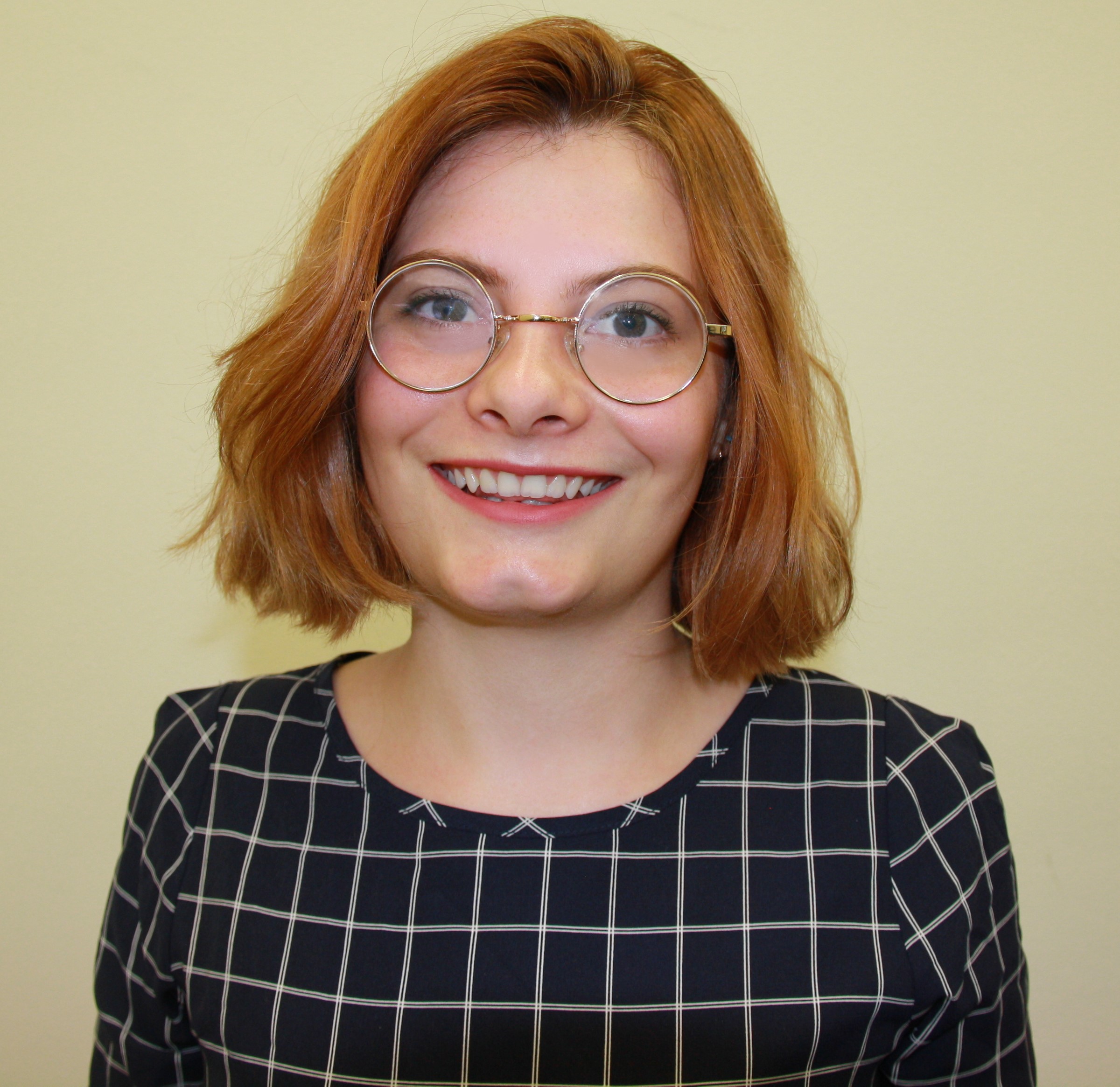 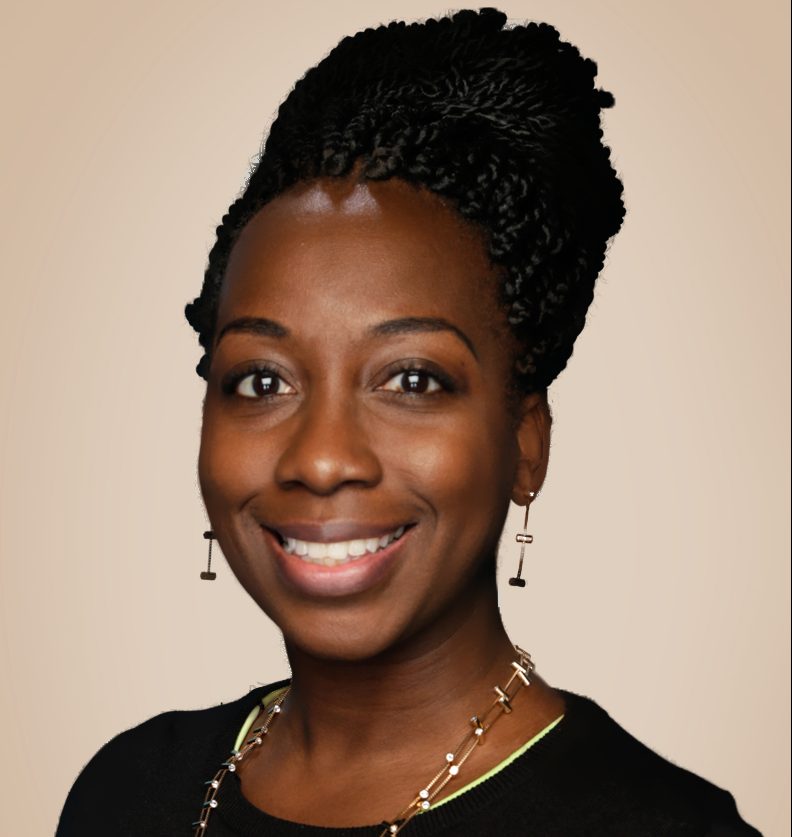 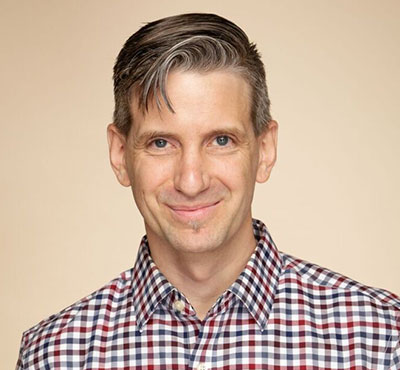 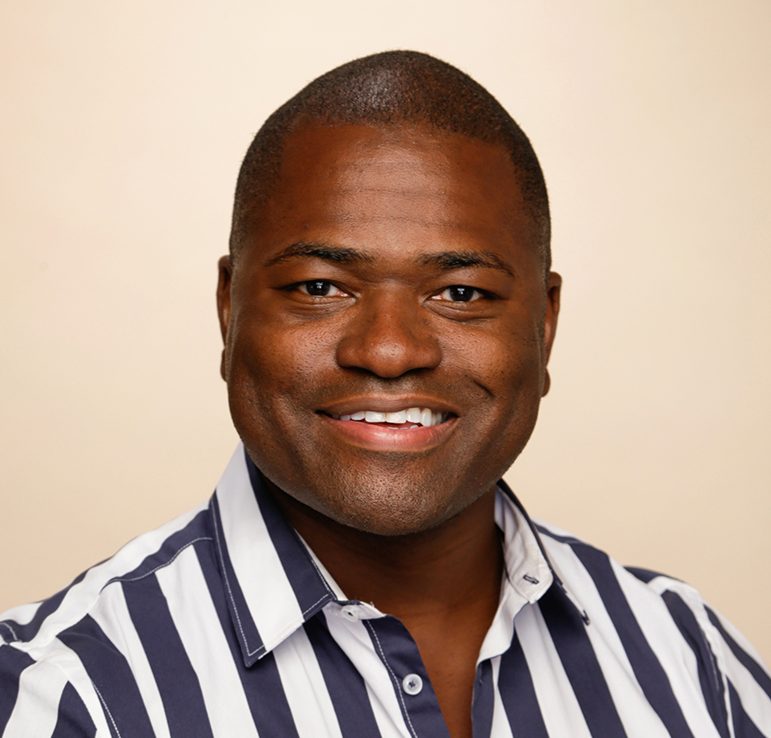 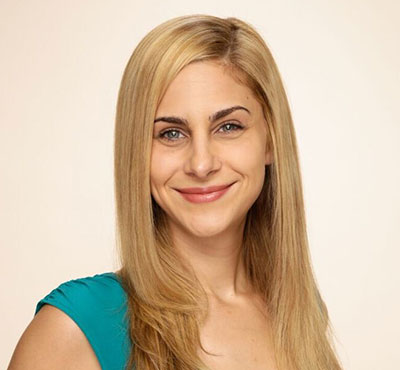 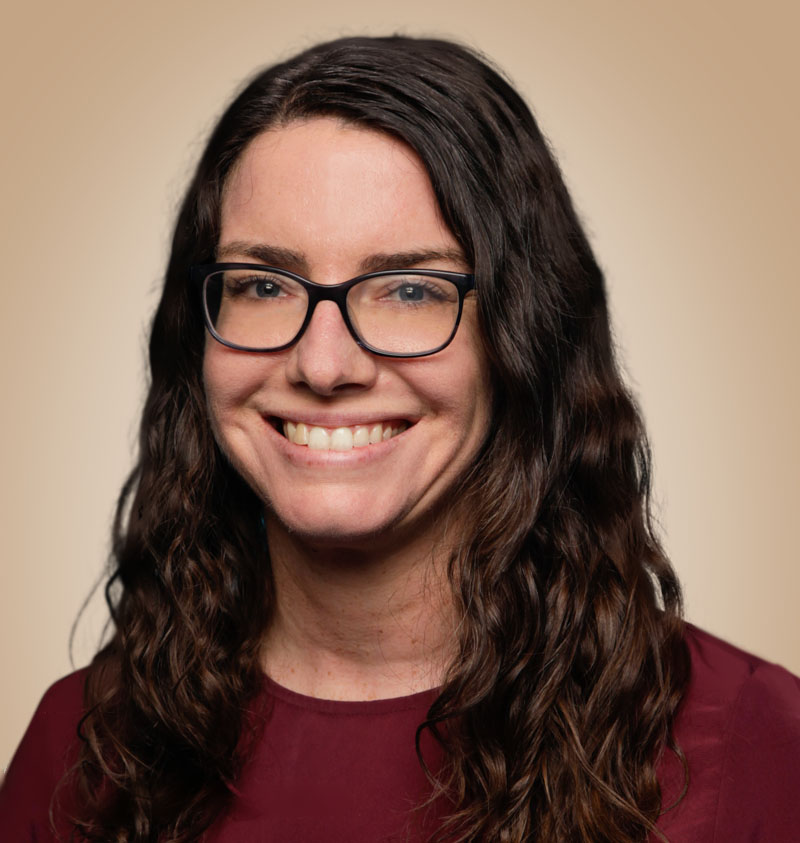 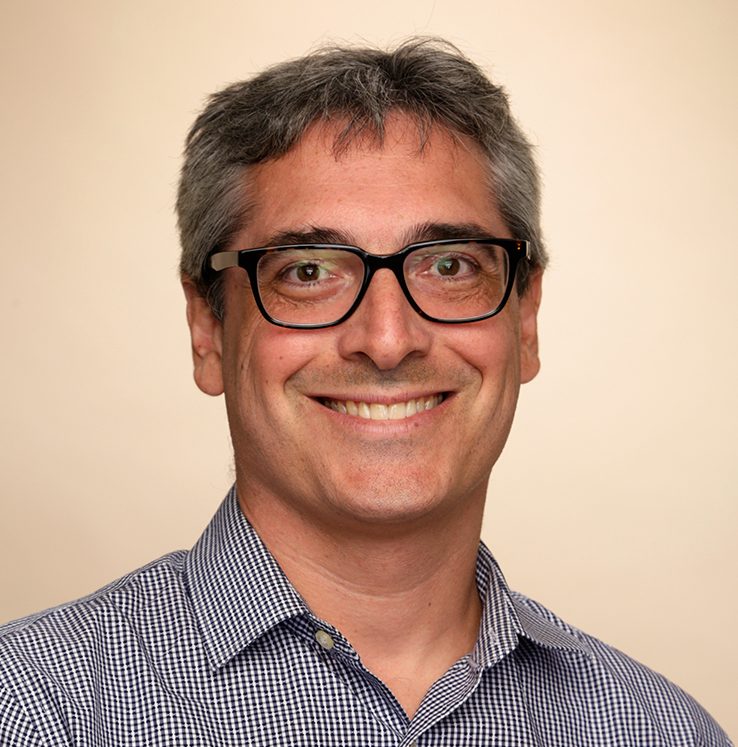 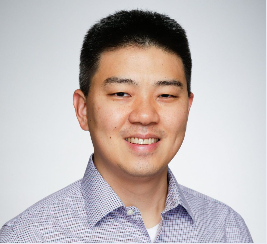 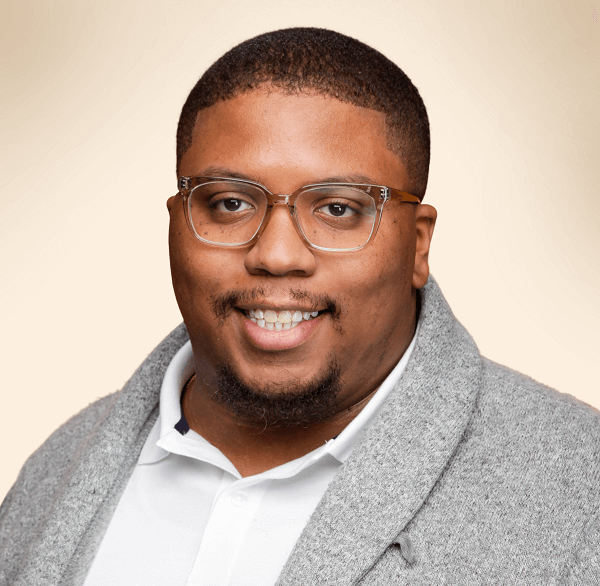 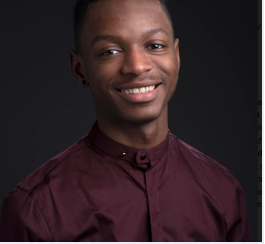 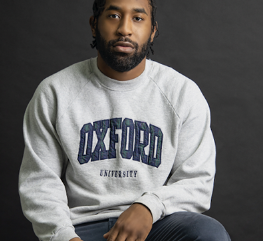 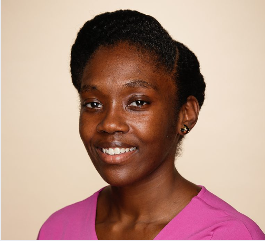 Prospect Schools Board of Trustees

Stephen is the Founder & CEO of ExecOnline. Stephen brings a passion for helping executives and their companies solve their most pressing strategic challenges through innovative technology solutions.

Before ExecOnline, Stephen served as the CEO of the Frontier Strategy Group (FSG), a venture-backed software and information services business serving Fortune 500 executives who have responsibility for emerging economies.

Stephen grew the business from an early-stage start-up to a company that serves nearly half the Fortune 500 across a range of international markets and business functions.

Ahmed Haque is the Founder and CEO of Didactic Labs, an ed-tech company focused on incubating disruptive models in teaching and learning.
Previously, Ahmed was an early executive and Chief Academic Officer at Trilogy Education. Founded in 2015, Trilogy was one of the fastest-growing education companies in the past decade. As CAO, Ahmed developed and oversaw a series of adult training programs that ultimately helped over 40,000 adult learners at 50 universities transition into the tech sector. Ahmed is based out of New York City and is also an investor and advisor to early-stage ed-tech companies. As a member of Trilogy’s initial executive team, Ahmed helped scale the company from its initial 20 person staff to its current 2,500+ workforce — and through its eventual acquisition by 2U, Inc. for $750M in 2019. He is also currently an investor and advisor focused on supporting mission-driven companies in the education, health, and wellness sectors. Ahmed and his wife reside in Crown Heights.

Kate Eberle Walker is an Education CEO/Investor/Advisor, and for two years was CEO of The Princeton Review, a leading provider of tutoring, test prep and admissions services.

Kate Eberle Walker is the CEO of PresenceLearning, the leading provider of online special education therapy services for K-12 schools. Kate has more than 20 years of experience leading, advising, acquiring and investing in education companies. She was CEO of The Princeton Review, a leading provider of test prep, admission and tutoring services, including online on-demand tutoring under the Tutor.com brand. Previously, she managed strategy and investments for Kaplan, Inc., a large and diversified global education company.

Throughout her career, she has actively supported early stage EdTech companies and non-profit education initiatives. With years of executive leadership and experience, she has prioritized female mentorship and leadership within companies and her broader network. Her passion for career development for talented women is what brought her to PresenceLearning, where among its network of nearly 1,000 licensed clinicians, 97% are women and 75% are working parents.

Kate received her MBA from Harvard Business School, and her undergraduate degree from Georgetown University. She currently lives in Brooklyn with her husband Chris and their two daughters.